Birmingham choir member, Sophie, recently wrote a blog about her experience in choir and what it means to her.  It's a beautiful piece, and we wanted to share it with you...

There were 3 words that jumped out at me on the website and that was Family, Fun, and Integrity. Family was also brought up by the person who told me about the choir and those three words are true.

The choir was founded by Marie Benton in 2008 in London; then in 2011 the Birmingham choir which I am a part of was founded. The Choir is a place where homeless people or people who have been homeless can go to sing, get some help and a lovely hot meal after rehearsal. In my case, I’ve been homeless and lived in hostels and then finally, after years of trying to get through, I finally got myself sorted and got my own flat.

We have an amazing group of volunteers who every week go above and beyond for the members of the choir, whether that’s just a simple chat or cooking dinner or even giving up their time to be there at rehearsal or performances. No one works as hard as the choir manager Sally and our choir director Pete. Their work doesn’t stop after a rehearsal, it carries on. 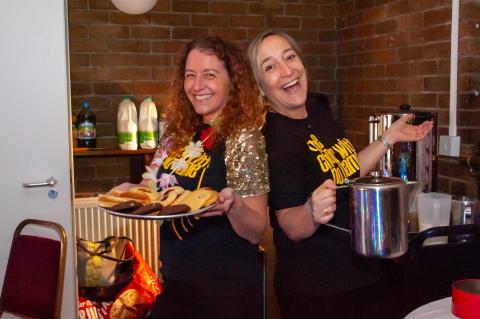 I mentioned earlier the words Family, Fun and Integrity. Those are just three words that describe this choir and, in my opinion, they do them complete justice because they’re true.

The choir is a FAMILY. We sing together, we eat together, we can call on each other if we are having a rough time and we laugh and joke together. We may not be blood, but we all have singing in our veins and that’s what brings us together.

The final word INTEGRITY is a big word and sometimes gets lost in this day and age, but not with this choir; members come first, even though we strive for excellence in performing and expect the best from those singing. Integrity comes first and the sense of Family and Fun are never forgotten.

The Choir has many achievements and recently CWNN Birmingham won an award at the Birmingham Music Awards. We won the award for Best Community Project - an award we are all proud of."