A show made for everyone, Wondrous Stories, was a spectacular open-air show that kicked-off the Birmingham 2022 Festival. The Centerary Square in Birmingham was transformed into the stage for the production, which was packed full of aerial tricks, circus, spoken word, dance and music.

Wondrous Stories was a really exciting project that was months in the making for our CWNN Birmingham. We sang an uplifting soundtrack, written by Sophy Smith and Tim Dickinson for the production, and performed at 7 shows at Centenary Square in the heart of Birmingham. We’re going to share with you some highlights of this incredible spectacle that we feel so proud to have been a part of.

We were invited to the unveiling of the Wondrous Stories Postbox at the Library of Birmingham. Wondrous Stories was inspired by stories and storytelling and, in the lead up to the performances, Motionhouse invited people from across Birmingham and the West Midlands to share their story. This was to give a snapshot of life in the area that was going to be an international focus with the Commonwealth Games taking place in the summer. 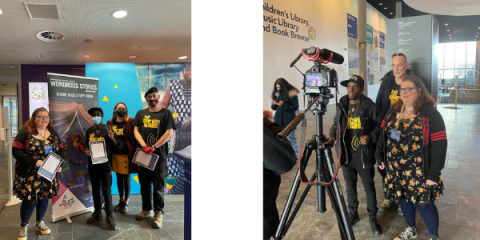 Some of our Birmingham choir members - Brooklyn, Qev and Sophie - plus our choir director, Sally, went along to share their story. 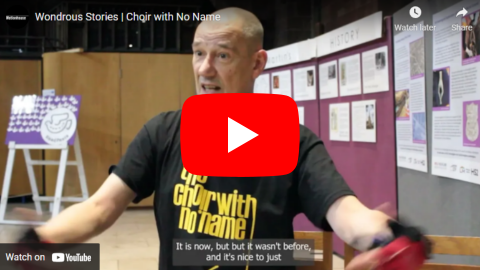 We were the feature of Motionhouse’s blog, Wondrous Wednesdays, their blog dedicated to Wondrous Stories in the lead up to the production. We spoke about what the choir means to us. Check it out here. 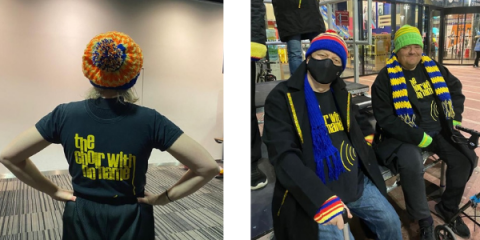 Check us out! We were delighted to be kitted out in fab custom-made knitted beanies and scarves - big thanks to our friends at Crafting For Communities. They kept our CWNN Birmingham cozy on our outdoor stage as we entered into dress-rehearsal week! 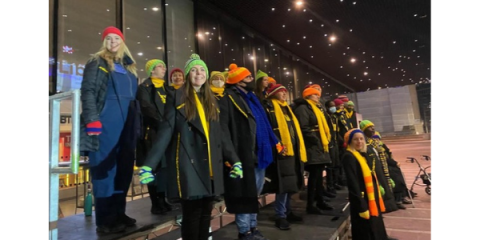 The show was a roaring success, with elated feedback from the public and the choir. Our whole choir proved to be such a shining and integral part of the performance. Two of our members, Sophie and Ruthie, belted stunning solos and the whole choir gave the fantastic soundtrack the justice it deserved! The final performance will go down in history for some as the "Best choir moment EVER!" and was followed by a spontaneous celebratory dance off!

Some really excellent news is that if you missed the opportunity to join us at Wondrous Stories or if would like to relive the magic, you can catch the whole performance here or at the top of the page. 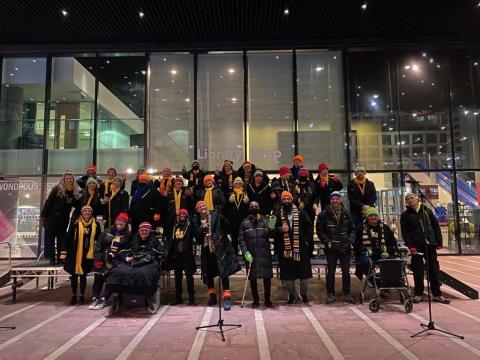